Putting first aid training on the national curriculum will save thousands of lives in the long run. So why is it that the Tory MPs have blocked the bill by talking continuously in parliament until the end of the debate?

A proposed bill that is unsupported by the government has a limited amount of time for debate. Therefore, the long winded speech of Conservative MP Philip Davies has sparked outrage amongst the general public, generating over 20,000 signatures on a petition for the government to reform the filibuster process.

As a result of the 50-minute speech described as like reading the telephone book aloud - along with other MPs continuing to talk at length, the debate ended without a vote and has been shelved without further discussion.  One of the most significant points of Mr Davies argument was that he had been taught first aid at school, but he had forgotten what he was taught, whilst government minister Mr Gyimah rejected the law on the grounds of his fears of the National Curriculum becoming overloaded.

Do you remember everything you were taught in Geography about sedimentary rock? And how often have you used algebra since leaving school? You could argue that learning essential first aid practices such as how to perform effective CPR would be more beneficial than discovering how to solve complex mathematical equations. How many times has x had the confidence to step in and save y without valuable first aid training? 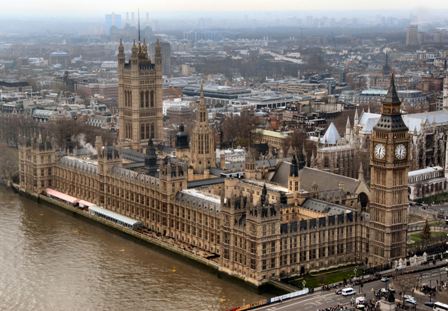 The Compulsory Emergency First Aid Education (State-Funded Secondary Schools) Bill was proposed by Labour MP Teresa Pearce and had gained support from other members of parliament including some members of the Conservative Party. If passed the bill would have required first aid training to be a compulsory part of children’s education.

Going over basic life support skills takes just a few minutes, a few minutes that could save thousands of people each year. Even if children just understood basic principles such as what to do if someone becomes unconscious or how to put somebody in the recovery position it could make a huge difference. By introducing compulsory first aid training, we can ensure that the next generation will be willing and able to come to the aid of their fellow citizens in a medical emergency.

Chief Executive of Imperative Training David Howarth has commented: “It’s extremely disappointing and frustrating to see this bill being shelved and dismissed in the House of Commons without even so much as a debate.’

‘Whilst we realise teachers work hard in schools and the current curriculum is packed with compulsory topics already, we feel that first aid training is a must.’

‘It will mean a massive increase in the number of people who are first aid trained in the future and it is a set of skills which could help save someone’s life.’

To have your say, head over to our Twitter or Facebook page and let us know if you think first aid training should be mandatory in schools.