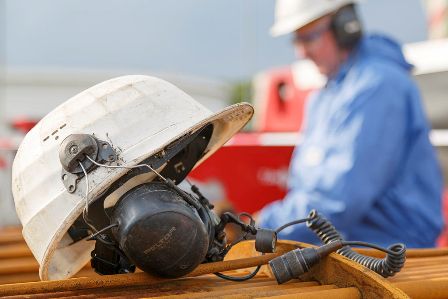 As an Easter treat last week, we presented 3 stories from various job perspectives, which all displayed various health and safety hazards that were being ignored in the workplace, by our characters.

Were you eagle-eyed enough to spot them all? Read on to find out...

As Dave stepped back into his office, do you recall the wires that he stepped over? Wires are a serious trip hazard that requires reviewing on a continual basis. This may sound like a tedious task, but wire management is really quite simple.

If wires are lay across the floor, a rubber cable mat will ensure that they’re covered and the rug won’t move, further causing another trip hazard. If wires are coming from a desk, a simple desk grommet will ensure your wires are headed in the same direction to the correct wire port. If you want to aim for health and safety gold and keep the wires altogether, then a wire sleeve or some cable ties ought to do the trick.

The next one? Dave’s office sounds a bit of a mess, 10 cups were laid around on his desk which just screams one thing to us: bad housekeeping! Having an all-around clean and tidy office eliminates many hazards and assists you in getting your job done effectively and efficiently. The last thing our CEO needs is to be knocking a cup on the floor and cleaning up a broken mug.

The squinting Dave has been doing is caused by screen glare. Screen glare can cause eye strain which can manifest itself as fatigue, pain around the eye area, blurred vision, tiredness and in some cases double vision. Screen glare can be avoided by ensuring the lighting in the area is adequate and isn’t directly over the screen, screen filters and taking regular breaks to ensure your eyes are getting the rest they need.

The first hazard that Louise presented us with was the excessively slippery floor that was around the pool area. Despite it being a wet environment, ensuring that the tiles surrounding the pool are non-slip and are brushed regularly will help avoid any further slips and trips. Having wet surface signs here will also assist with ensuring people and staff are cautious when stepping around the area.

The chattering teeth of swimmers in the pool note that the pool is too cold, even though the sun was shining. For recreational pools, the recommended pool temperature is a maximum of 29°C. It was clear that these swimmers were swimming in much colder conditions and were at risk of developing hypothermia.

Finally, the small child whose skin had started to turn pink is a sign of chlorine poisoning. This is caused by too much chlorine in the pool. Other symptoms of this include:

Most signs and symptoms of chlorine poisoning will disappear without treatment within 24 hours, but the day will not pass without a severe level of discomfort for the victim.

With Elliott working on a construction site, the noise was causing him ear pain. This was because he was not wearing protective ear wear.  Sounds can be harmful when they are too loud, even if it is just for a short period of time. These loud noises can damage structures in the inner ear which can further lead to noise-induced hearing loss.

Laying a brick should be a painless process, however, a bit of a trickier one to spot, but Elliott is a sufferer of Hand Arm Vibration. This can be caused by consistent vibration from power tools that would be used on a construction site and cannot be cured by medical treatment in the future. A precaution to take against this would be limit the time this equipment is used by Elliott and his colleagues.

Lastly, Elliott was standing by the edge due to the risk of falling from a significant height. The duty of ensuring that the correct precautions and safety measures are taken when working from height fall to the employer, as does the use of the correct equipment too. This has clearly been overlooked here, and it could be suggested that the incorrect safety structure has been used as it provides no protection for equipment and employees.

So, there you have it. Were you able to guess all of the health and safety pitfalls that our characters fell into?

Head on over to our Twitter channel @imptraining and Tweet us with what you’d already found or what you’ve learnt.