This week is #RoadSafetyWeek! This is the UK’s biggest road safety event, annually co-ordinated by Brake.

Since 1997 #RoadSafetyWeek aims to raise awareness about road safety and endorse steps that everyone can take to stop the deaths and injuries that occur on the roads, year-round. 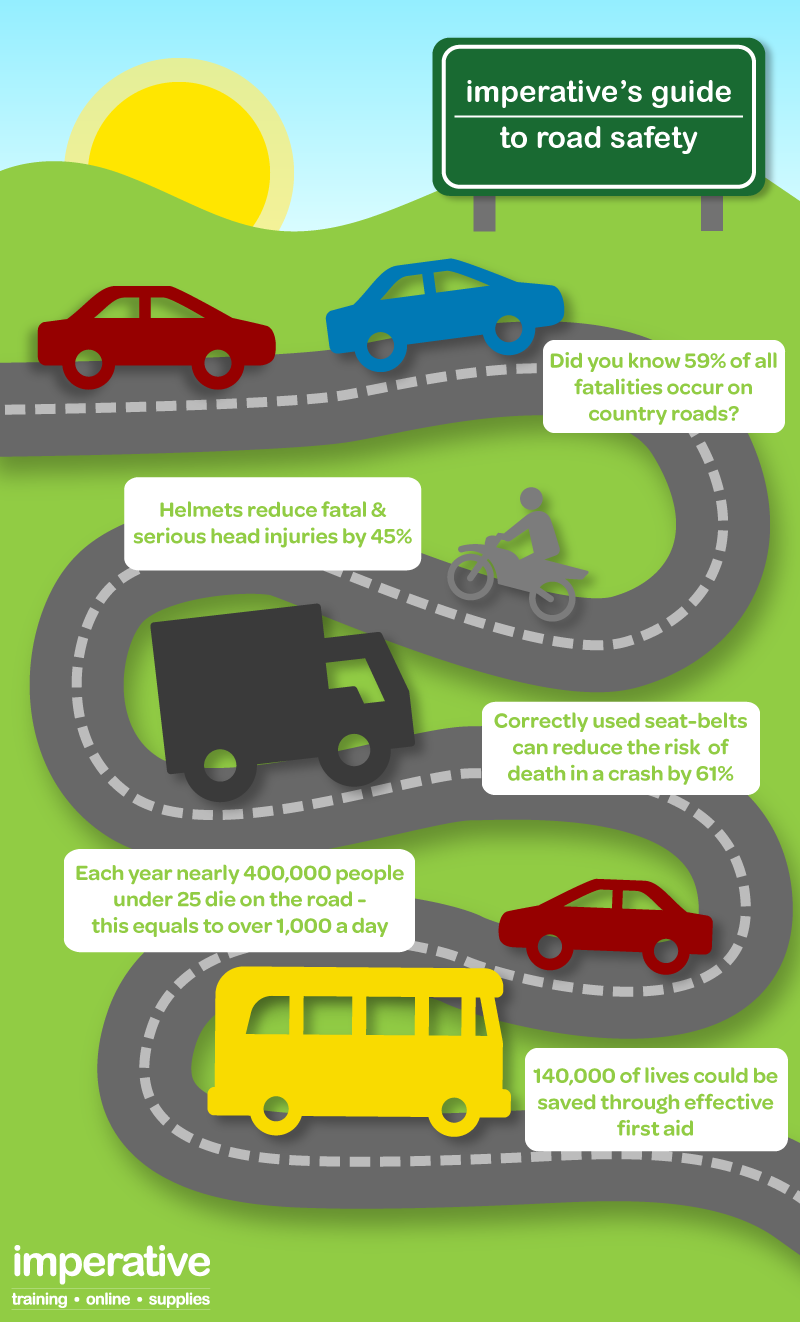 Admittedly, it’s hard to comprehend that there are still so many road accidents every year despite all the precautions in place on A and B roads and motorways.

Before you set off on a journey, make sure you’re awake and well hydrated. Staying focused when on the road will assist you in being as safe as possible and more alert to danger. If you feel tired, stop for a break, no more than 3 hours at a time, so if multiple drivers are in the car, taking 3 hour shifts of driving will better your chances of safety.

At imperative, we will always promote safety whether it is in work, schools or in this case, on the road. So with #RoadSafetyWeek in mind, we’ve put together an easy to read and rather fitting infographic to display our top tips for all road users out there. If you stick to these, you won’t go far wrong when on the road.