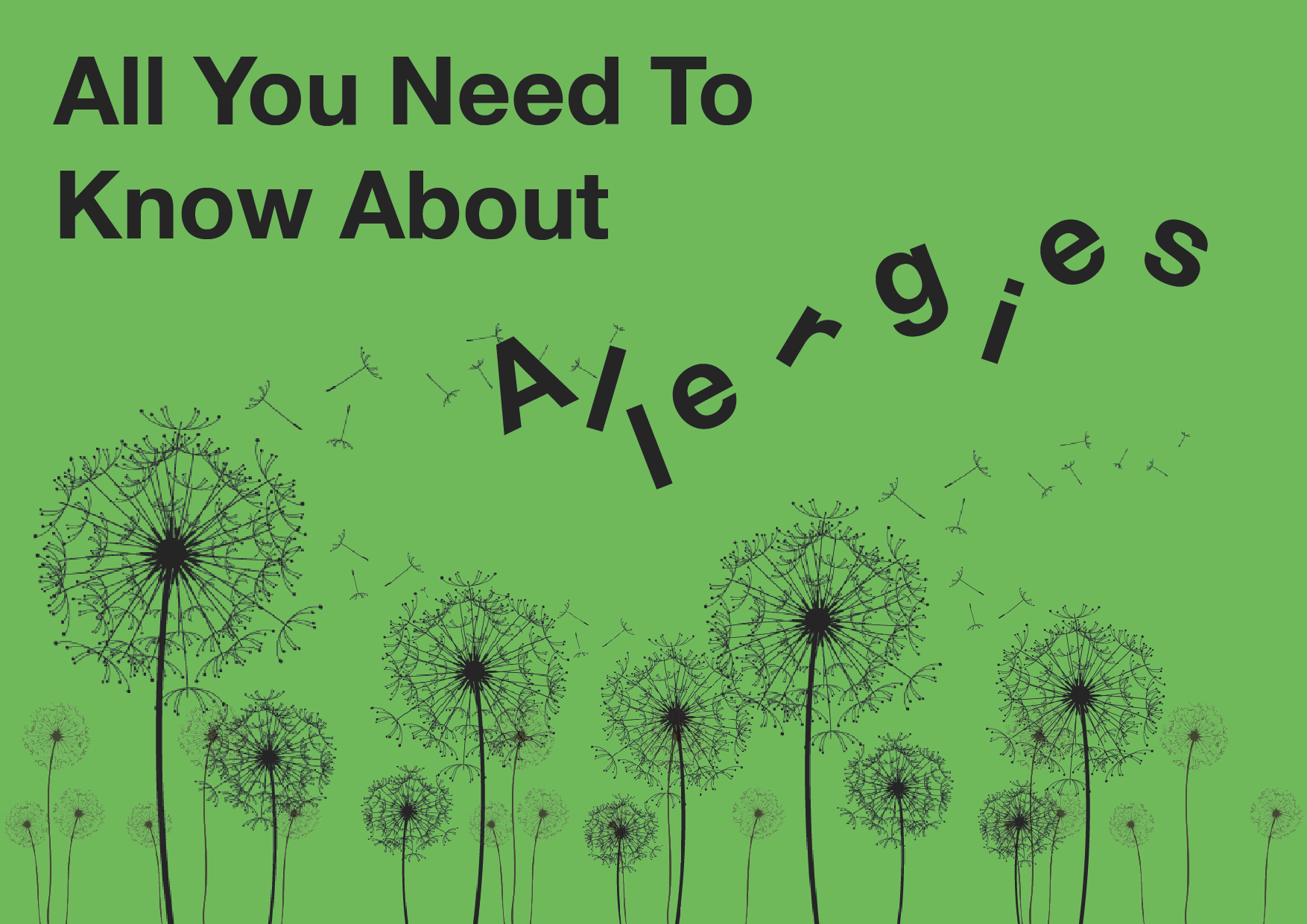 All You Need To Know About Allergies

With Spring in full swing and Allergy Awareness Week taking place, we’re sharing our expertise about allergies and how you can manage them while the weather is hot and humid.

An allergy is a reaction that the body has to a particular trigger, which can typically cause sneezing, itchy/red eyes, coughing, rashes and asthma attacks.

The number of people suffering from allergies is growing, with 1 in 4 people in the UK being affected at some point in their lives. Allergies are especially common in children, but can sometimes disappear as the child gets older.

Allergy is the most common chronic disease in Europe, affecting more than 150 million Europeans and 20% of the UK population being affected by one or more allergic disorder.

Allergic Rhinitis, otherwise known as hay fever, is the most common form of non-infectious allergy, caused by an allergic reaction to pollen. Sufferers of hay fever usually experience symptoms between late March to September when the weather is warm, humid and windy and the pollen count is at its highest.

Symptoms of hay fever include sneezing, itchy eyes and a runny nose, and while there is no cure, these symptoms can be relieved by taking antihistamines or other over-the-counter medications.

A Food Allergy is a condition where exposure to certain foods triggers a harmful immune response, or an allergic reaction. More than 170 foods have been reported as allergens, however, there are 8 major foods that are responsible for most serious allergic reactions. These are: milk, egg, peanut, tree nuts, wheat, soy, fish and shellfish.

Food allergies occur when the body’s immune system mistakenly treats proteins found in certain foods as a threat, releasing chemicals into the body that cause an allergic reaction.

Although reactions to food allergens are often mild, some cases can be severe, resulting in anaphylaxis.

Other Types Of Allergy

Another common allergy is a venom allergy, where sufferers are allergic to bee stings, wasp stings or other insect bites.

Localised reactions of this type of allergy include swelling around the area of the insect bite/sting, while severe systemic reactions, or anaphylaxis, present symptoms like swelling of the throat and mouth, difficulty in swallowing/speaking, large hives on skin, abdominal cramps and potentially unconsciousness.

Anaphylactic shock, or anaphylaxis, is a severe, life-threatening reaction to a trigger where medical help should be sought immediately. People who suffer with serious allergies will often be given an adrenaline auto-injector, such as an EpiPen to carry with them at all times. However, there are occasions when anaphylaxis will develop suddenly and worsen quickly, so it is important to know how to respond.

Here’s what you should do:

If you suffer with allergies, or have experienced anaphylaxis before, you can prevent future episodes by avoiding triggers when possible and carrying your adrenaline auto-injector on your person at all times.

However, if you are a hay fever sufferer, it is difficult to avoid pollen triggers, as this would mean staying cooped up inside for the Spring/Summer months. Make sure that you are stocked up on antihistamines to avoid those pesky hay fever symptoms!

Do you suffer with allergies? Join the conversation about allergies by tweeting us @ImpTraining.